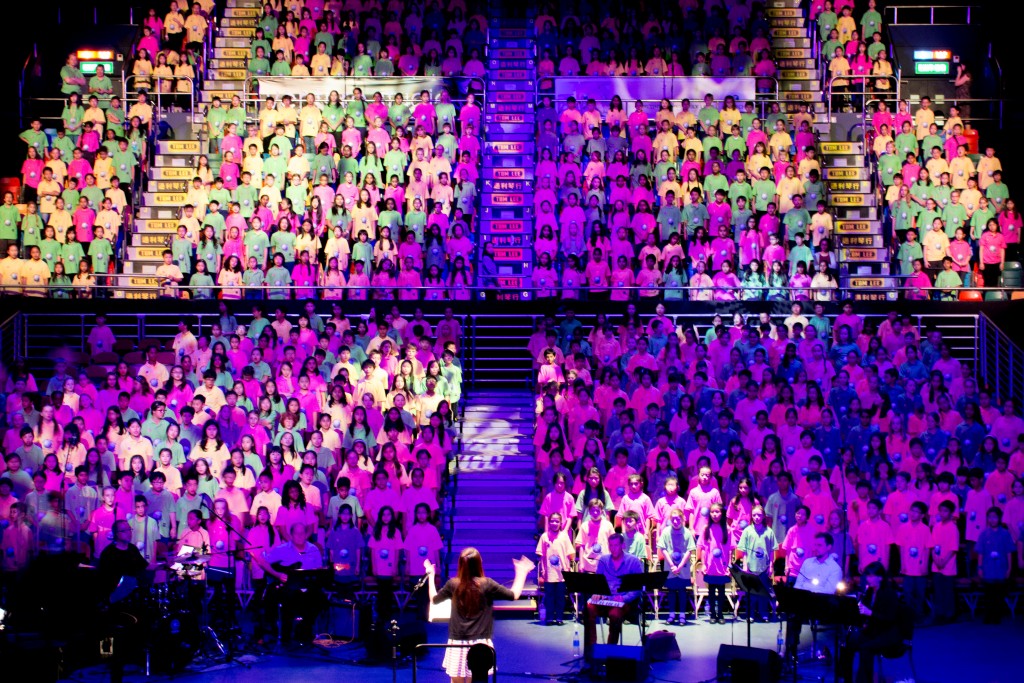 We have managed to edit and upload about half of the Lower School Sports Day photos. Enjoy. 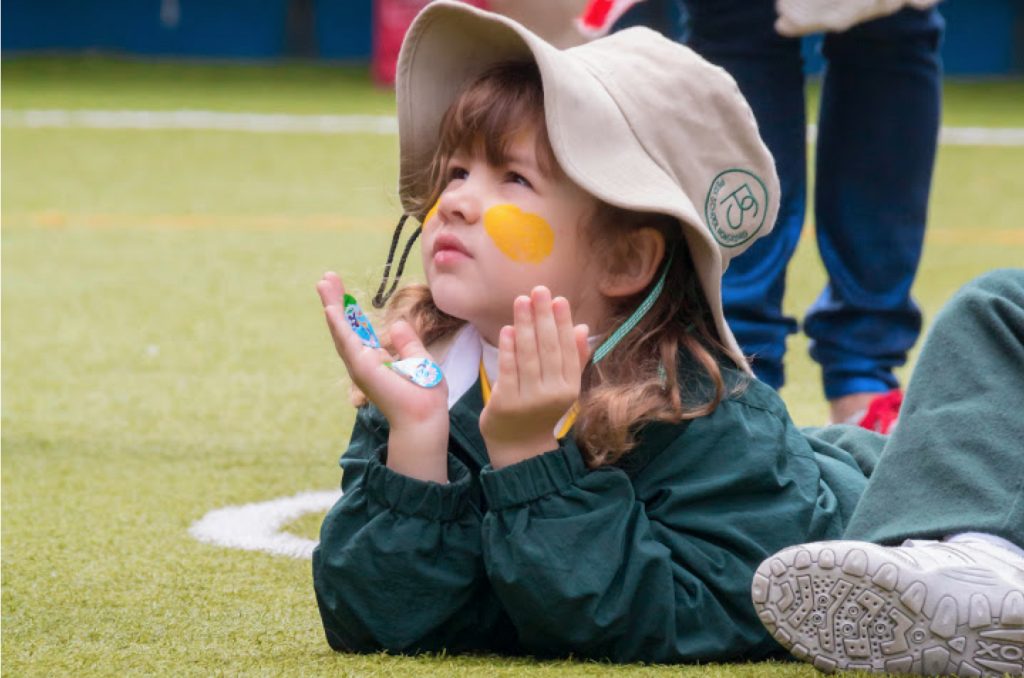 Click on the photo to see what some of the year 3s have been up to! 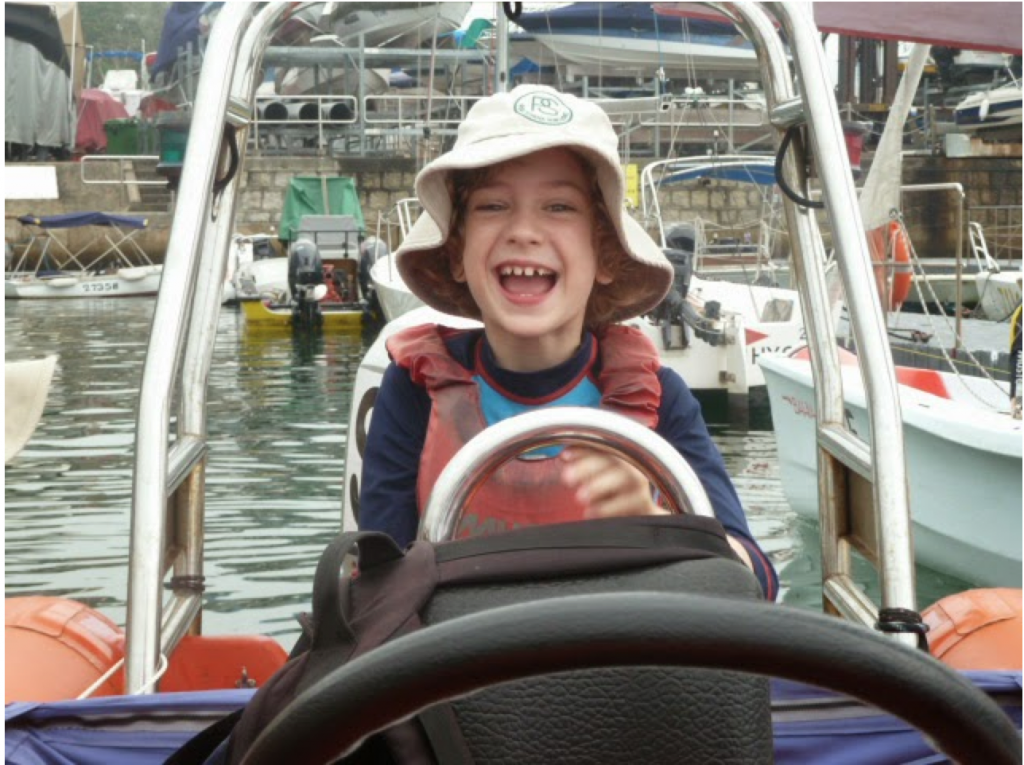 We have managed to edit and upload about half of the photos from the Upper School Sports Day. Enjoy. Click the picture and it will take you to the Picasa Web Album. 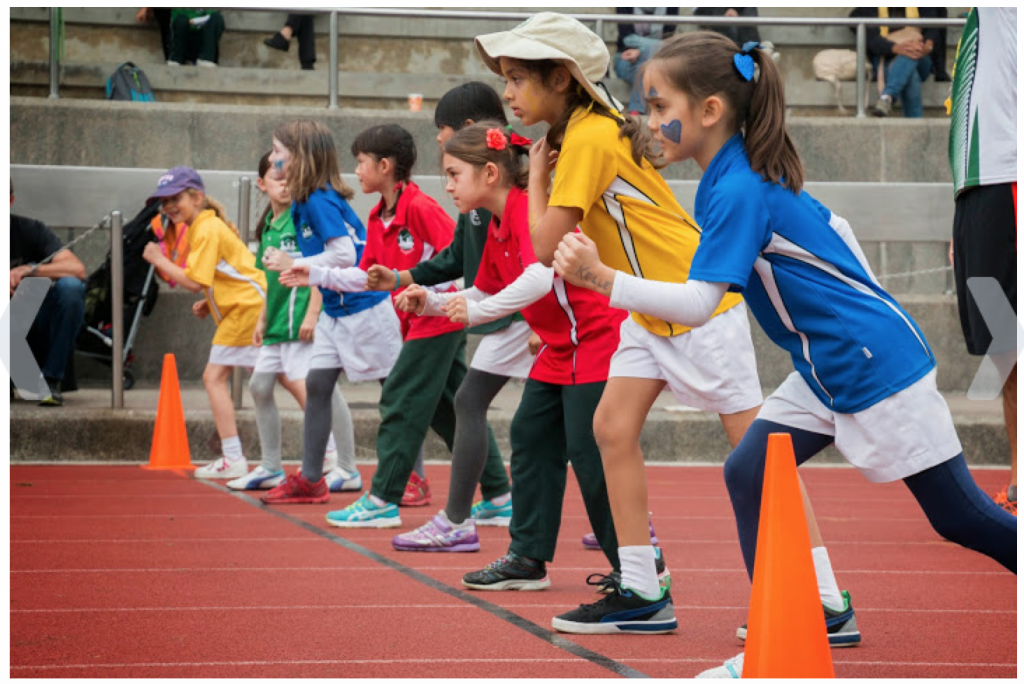 The theme of the Peak School 2015 Year 6 Exhibition is ‘Action Heroes.’ To assist with the tuning in Peak School has been focusing on the great work done in our local community. One of the first people to be recognised was Peak School’s Performing Arts Coordinator Jane Engelmann.

Jane started a domestic helper choir a number of months ago affectionately dubbed The Unsung Heroes. Although it started as a very small choir it has grown and number and has been the focal point of a number of music festivals in Hong Kong. One of the reasons for their popularity was a song that they routinely performed call ‘I Wish I Could Kiss You Goodnight.’ Jane, a single parent, composed the song to honour those who were putting other people’s children to bed at night instead of their own. The song was such a success that a short film was created that contained a number of moving interviews from a few of the members of the choir and a live performance of their song.

After the video was released it was showcased in a number of local and Filipino magazines and has had more that 4000 views on YouTube. A number of schools within ESF have also used it for a numbers of lessons when teaching children about caring, compassion and empathy.

Sunday March 8th was International Women’s day and Jane’s composition and video are a strong reminder of the sacrifices women make worldwide for their families.

As a school we have developed a resource that outlines how we work with children who has done something that hurts others.  It is a great resource for parents as well as it outlines the restorative practice methods that we use at school.  The document has all the questions that can be asked to resolve conflict meaning you can use it at home as well.

Below is page 2 of the document which is the most important page of the 3 page resource.  These are the questions you can use at home to support the same language that we use at school.  It means that the children are getting the same message both at home and at school which is always important.  We will be holding a parent workshop in Term 3 to go over the questioning technique as well as providing an overview of the restorative practice approach.  It is all about building and retaining trust in all relationships through a no blame approach.  It also ensures that the ‘wrong doer’ appreciates that their actions have consequences and they must come up with a solution themselves to ‘fix’ the relationship.

You can download the full resource by clicking – Relationships Community Version 2015. 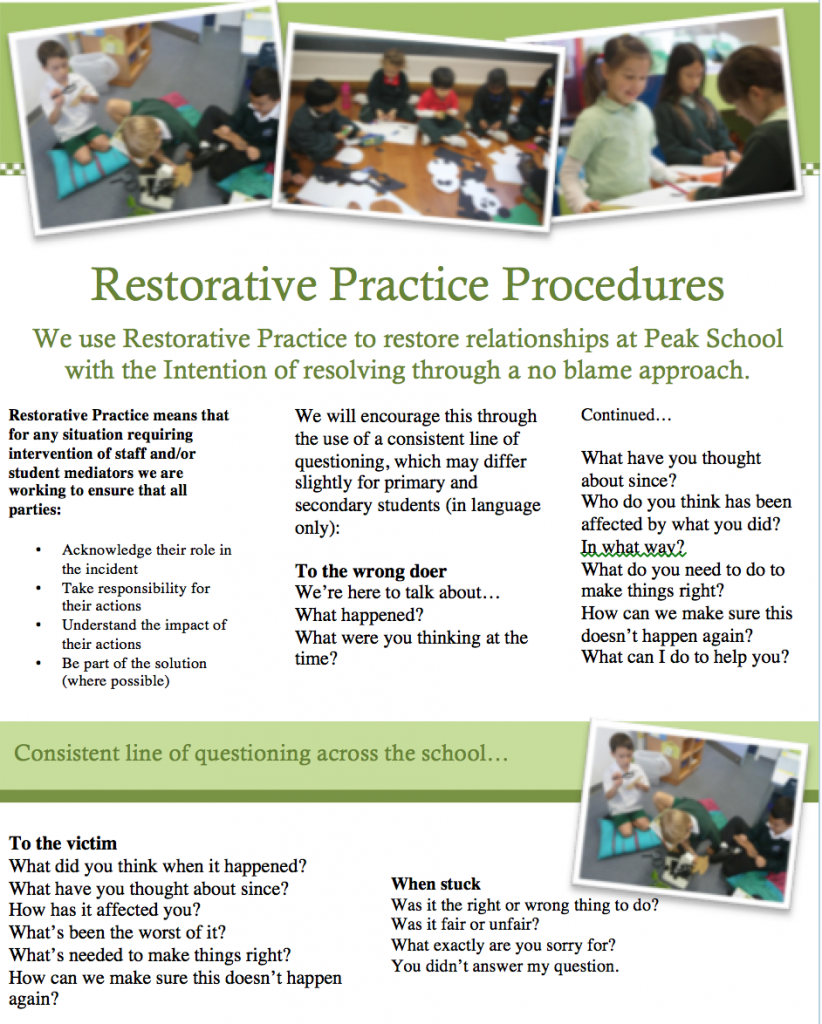 I have reposted the ESF Draft Calendar for the next academic year as we are still getting enquiries regarding holiday dates for next year.  We still need to add 4 more CPD days and will be doing this early next term.  The term breaks are confirmed however.  The first day back for children will be August 17, 2015. 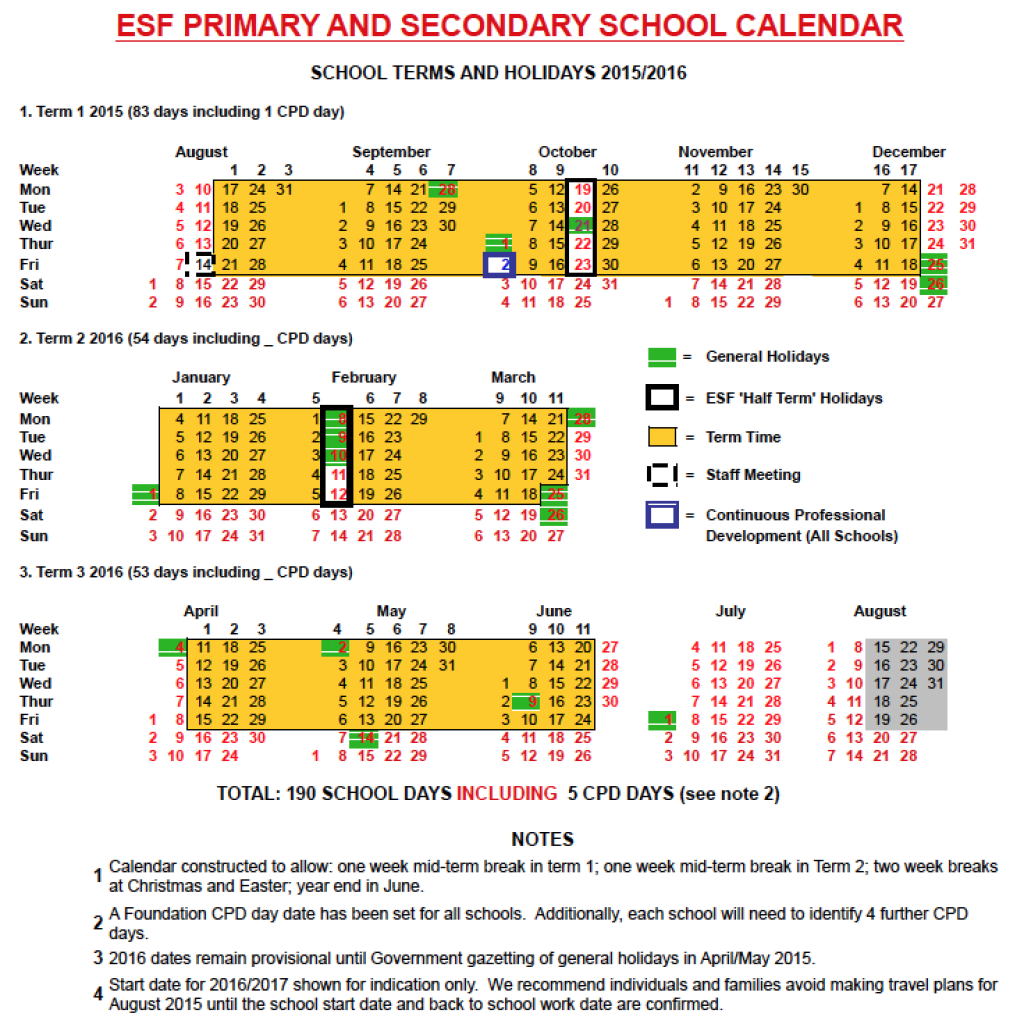 What a bunch of crazy characters! Click on the image to view the photos. 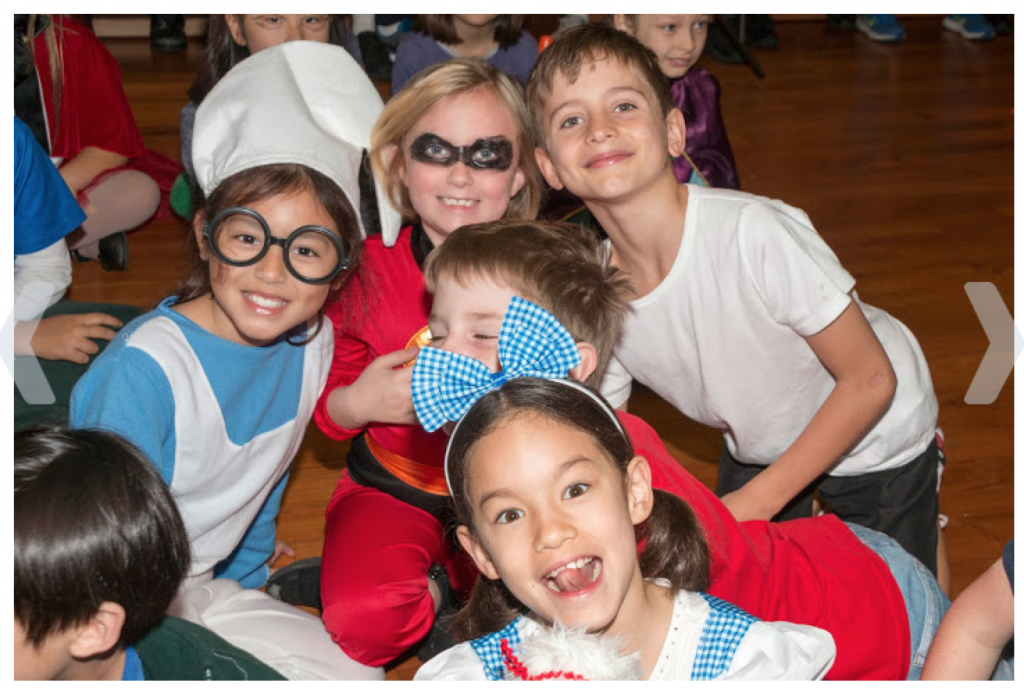 I am delighted to announce that one of our Year 6 Gecko Maths teams defended the title we won last year.  Gekco maths involves teams of four solving difficult word problems that require the teams to have strong mathmactical awareness and knowledge but it also tests their ability to work as a team.

Last Friday afternoon our Year 6 Gecko team, up against 8 x Year 7 teams from Island School and DBIS as well as Year 6 teams from Glenealy, Bradbury and Beacon Hill School, defended their title they won last year. The 6R team won and the 6A team came fourth (second if you exclude the Year 7 teams).

In year 6 out of all the other primary schools Peak School came 1st and 2nd. Including both the Year 7 and 8 teams we came 1st and 4th. Last year you may recall we came 1st and 2nd outright. No small achievement considering the number of students the other schools have to call upon. It Would certainly suggest our maths program is working very well particularly our problem solving.

A picture of the winning team receiving their certificates – 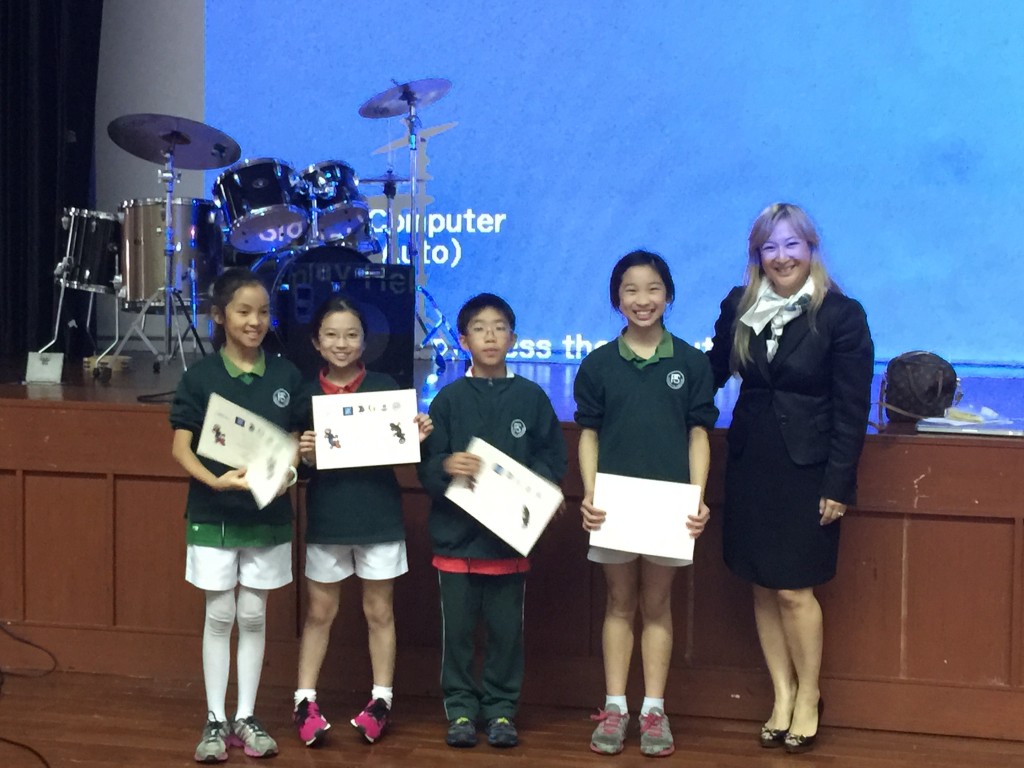 Categories: UncategorizedLeave a comment
The parents consultations are quickly approaching.  As previously published below are the dates and times that are available on Gateway for you to book.
If you haven’t made your booking please do so as soon as possible.
This consultation is between just the teacher and the parent and unlike the 3 way conference and the student led conference (learning journey) does not involve the child.
Deadline for booking on Gateway –

Bookings for Monday/Tuesday will close the Friday before (12pm)

Bookings for Wednesday will close on Monday (12pm)