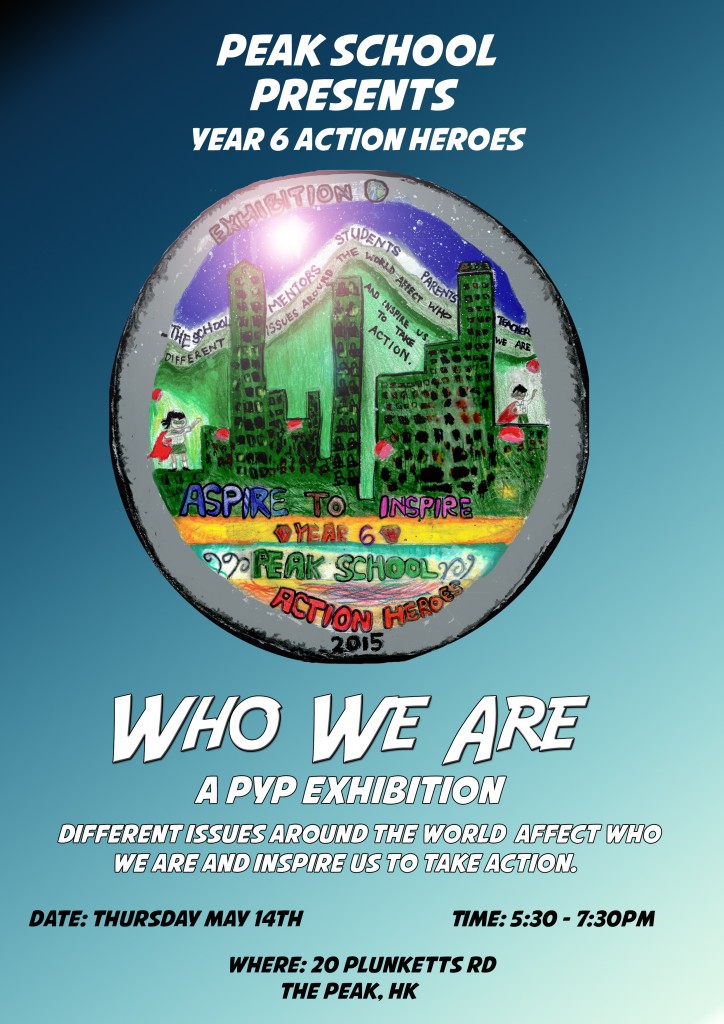 It is a strong line up but we will miss Anna Trunkfield who has secured a promoted position at QBS as Head of English and the Library. Anna has been with the school for almost 10 years and she will be sadly missed as her positive contributions throughout the years will be hard to replace. As previously mentioned Ruth is taking a year’s sabbatical to work on her Masters so it is a case of ‘good luck’ rather than goodbye! We look forward to her return in the 2016/2017 academic year.

The Tournament of Minds is this coming weekend meaning 21 children (3 teams of 7) and a few teachers are starting to worry about how ready we are. At previously mentioned we have 1 maths, 1 social science and 1 language team and just like the past 4 years we feel very underprepared but that hasn’t stopped us doing well in the past.   The children will have to do a lot of work this week to be ready by Saturday though!

Hockey – Jamie Erwin took two teams to a recent HK Primary School Tournament. Both teams played very well and one team made the semi finals of the 16 team tournament. We lost in the semis 2-0 to a team that beat us 7-1 in our first game highlighting just how much they had improved during the tournament.

Choir – Choral Concert. Jane Engelmann worked extremely hard with the Year 5 and 6 choir members to ensure they were ready for their big night at Queen Elizabeth Stadium. We were very proud of the children as they had a lot of songs to remember (in different languages) and they shone amongst the 800 performers. It was a special night and the children thoroughly enjoyed the opportunity to perform in front of almost 2000 guests.

Tag Rugby – In March we entered the Year 5/6 tag rugby tournament and went through the pool games undefeated. Unfortunately we lost in the semis but I was very proud of the girls and boys who represented us.

Year 3 Sailing and Beach day – Both 3R and 3D have been sailing at Hebe Haven and the children absolutely loved it. 3R had slightly more wind than 3D but both classes enjoyed the ‘taster’ day at Hebe Haven. We also had a glorious day at Big Wave Bay last Friday. The children go to enjoy a range of activities and even managed to catch a large number of tadpoles and crabs.

Garden Club entry – Jo Bryce and the PS Gardening Club entered a Hong Kong Schools gardening competition recently where they had to set up a garden at Victoria Park at the recent flower and garden exhibition. We placed third with our creation which we are very proud of. We were up against secondary schools as well as primary schools so that was a great effort.  It is just reward for a gardening club that works together 3 times a week during lunchtimes.

Running Club – A very popular club for our Year 3-6 children.  Over 50 children (and a lot of parents) ran each Tuesday during Term 2.  They recorded their distances and tallied them up at the end.  Most runners ran at least a half marathon during the 8 week running club.  Others managed to run the equivalent of a marathon.

On June 4 we will be holding our Student Led Conferences.  The new format, where students and parents come to school for an allocated time slot of 70 minutes only during the day, proved very successful last year.  Bookings on Gateway will be opening in early May meaning that you can book a 70 minute time slot for you and your child.  Your child is expected to ‘lead’ you through their learning at Peak School.

Please click Student Led Conferences Term 3 to download an overview of the expectations for the children, staff and parents during the student led conference.

There will be 6-7 stations each lasting approximately 8-10 minutes each (70 minutes in total).   Some of the stations will be in your child’s class whilst others will be throughout the school.